A downloadable game for Windows

Created in about 8 hours (I really crunched and stayed up all night :D)

Rolling updates along the week.

Gamepad use only (except for Player 4). Multiplayer only.

A or Start  - Start match

Now you can also activate quickmessages:

(for testing or if one ore more controllers are missing, like is in my case)

All other assets are mine. All art is mine and drawn during jam.

All music except for that one track is composed by me.

All sound FX are by me and made during jam (fun fact, I just recorded a 10-minute audioclip with several SFX noises with my voice + my BlueYeti microphone, and then cut that into separate files to be used)

Created with Game Maker 2, using tools such as paintNET and Audacity on the side.

Game, Work, and Play Together From Anywhere | Parsec (parsecgaming.com)

You will see how the theme is used by the end of the match.

Shame i couldn't play this game. I tried with a controller (generic one) and keys and mouse.

The game started after a while but after a few seconds it says round over.  I don't have Parsec installed anymore.  Sorry :( 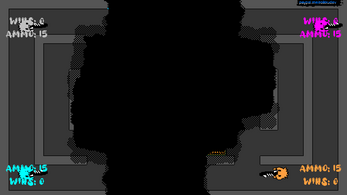 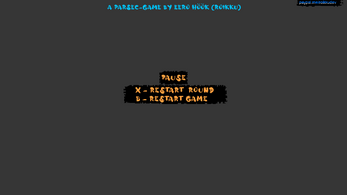 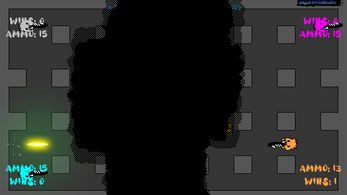 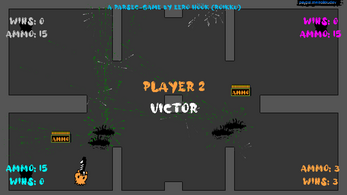 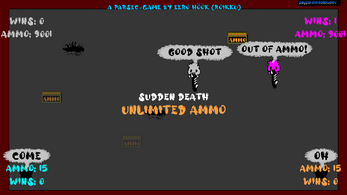 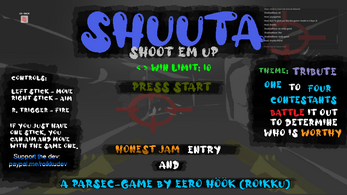 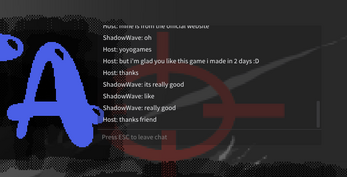 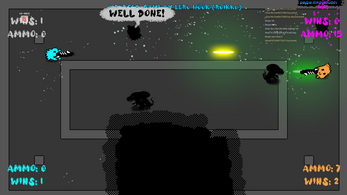